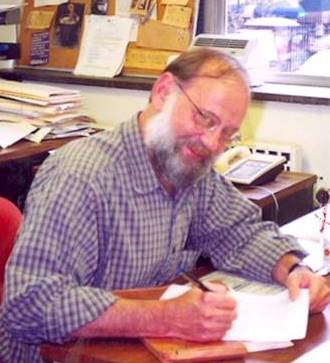 Steve Taylor, Editor of Intellectual and Developmental Disabilities (IDD) from 1993-2011,and Director, Center on Human Policy, and Centennial Professor, School of Education at the University of Syracuse, passed away on November 8, 2014 following an illness.

Dr. Taylor was a noted scholar and professor, visionary leader, and passionate advocate for and with people with intellectual disability. He specialized in qualitative research methods, the sociology of disability, disability studies, and disability policy.

He earned a bachelor’s in Sociology from the University of Pennsylvania (1971), and a master’s (1973) and doctorate in Sociology (1977) from Syracuse University. Dr. Taylor authored or co-authored eight books, numerous articles, and has been Principal Investigator on over a dozen major grants and contracts funded by the National Institute on Disability and Rehabilitation Research, the Office of Special Education Programs, the National Endowment for the Humanities, and other public and private sources.

Dr. Taylor was recipient of AAIDD’s Research Award in 1997 and the President’s Award in 2011. He received Syracuse University Chancellor’s Citation for Exceptional Academic Achievement in 2003, and the Senior Scholar in Disability Studies award of the Society for Disability Studies in 2008.

A memorial service is being planned.  Send and share your condolences by mail to the Center on Human Policy, Syracuse University, 805 S Crouse Ave, Syracuse, NY 13244; by email to thechp@syr.edu; or via the Center’s Facebook page at https://www.facebook.com/CenteronHumanPolicy.