What is ID and how is ID diagnosed?

ID is a developmental disability. Each person with ID will have their own strengths and weaknesses and will require lifelong supports of a personalized level, intensity, and duration to optimally engage in their environment.

Clinical judgment plays an important role in all aspects of the determination of ID. As described in more detail in the Manual, a clinician will consider evidence concerning each of the three diagnostic criteria, including any potential sources assessment or measurement error:

As described in more detail in the Manual, all test results must be interpreted within the context of their administration and any potential sources of testing error. In making a determination of ID,  evidence in addition to test scores will inform the diagnostician's clinical judgment of the person's overall functioning.

For more information on the diagnosis of ID, consult the AAIDD manual. The "Twenty Questions" document on this page also contains useful information concerning diagnosis, classification, and clinical judgement. 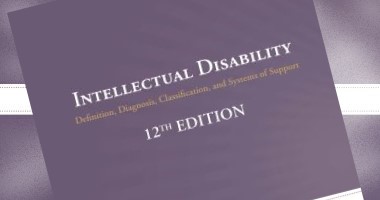 Available in the Bookstore

There are a number of causes of ID which are related to various risk factors (biomedical, social, behavioral, and educational) and the timing of exposure (before a person is born, around the time of their birth, and after the person is born) to those factors.

Why did the definition of the developmental period change from "before age 18" to "before age 22"?

In its 12th edition of the Manual, AAIDD defines the end of the developmental period as age 22 based on contemporary research that has shown that important brain development continues into our 20s. Additionally, and as discussed further in the Manual, this age of onset is also consistent the standards used for a diagnosis of ID in the DSM-5 and the ICD-11 and for service eligibility by the US Social Security Administration.


Will the change in the definition of the developmental period increase the prevalence rate for ID?

The change in the operational definition of developmental period is not expected to impact prevalence rates because the vast majority of diagnoses of ID are--and will continue to be--made in early childhood; however, this change will enable the accurate diagnosis of the small percentage of individuals who are identified nearer to the end of the developmental period.


Why is it important to have a clear understanding of ID?

The overarching reason for evaluating and classifying ID is to be able to tailor a personalized set of supports for each person in the form of strategies and services that are to be delivered over a sustained period of time.

The overarching goal of these supports is to enhance the functioning of people with ID within their own environment in order to lead a more successful and satisfying life.

What is the most modern thinking about how to help people with ID?

Services and supports are expected to respect the desires and interests of people with ID and their families and to support the high quality of life standards desired by all members of society.