As leaders of intellectual and developmental disabilities organizations, we find recent statements made by Albert Watkins regarding our communities as reprehensible, inexcusable, and deeply offensive.

Albert Watkins, an attorney representing Jacob Chansley, one of the rioters of the Capitol on January 6, 2021, recently suggested that Mr. Chansley has Asperger’s syndrome, which is an older term that is no longer used as it’s part of the diagnosis for Autism Spectrum Disorder. He stated that this diagnosis and other contributing factors will be a part of Mr. Chansley’s defense.

While making his argument, Mr. Watkins stated, “A lot of these defendants—and I’m going to use this colloquial term, perhaps disrespectfully—but they’re all f__king short-bus people. These are people with brain damage, they’re f__king ret__ed, they’re on the g__damn spectrum.”

This language is unacceptable and the suggestion that having autism or other developmental disabilities is a defense to a crime cannot be tolerated. As a graduate of St. Louis University and having received his law degree from Georgetown Law School, Mr. Watkins knows the power of words and the harm caused by such offensive and unnecessary language.

Our collective organizations have worked for years for and with people with disabilities and their families to promote a fully inclusive society. History tells us that comments like these, left unchecked lead to further discrimination and violence directed at people with intellectual and developmental disabilities.

Attempting to link people with intellectual and developmental disabilities to hateful or violent crimes furthers harmful stigmas. People with disabilities can hold their own opinions, and/or make bad choices, but this is because they are human, not because of their disability.

How we portray people with disabilities matters. The ADA National Network has a Fact Sheet that provides “guidelines for portraying individuals with disabilities in a respectful and balanced way by using language that is accurate, neutral and objective.” We urge those who are writing or speaking on disabilities to read this useful resource.

We call upon the public to join us in condemning the remarks of Mr. Watkins and promoting the development of a just society that treats all people with respect and dignity, including people with disabilities. 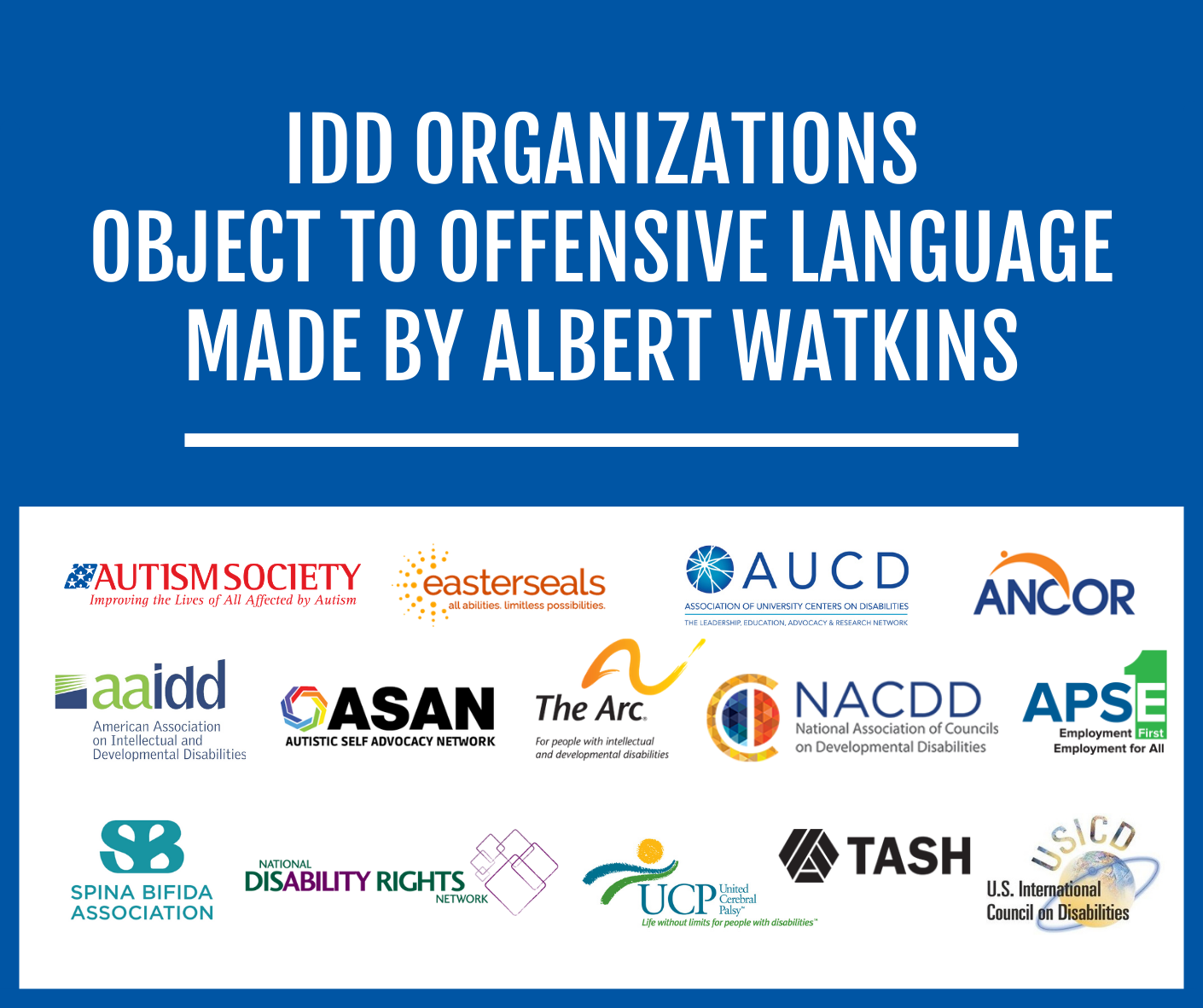