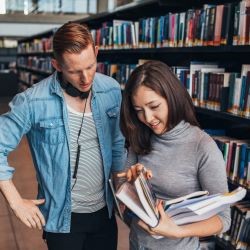 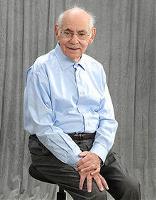 Steven Reiss, ‎Emeritus Professor at The Ohio State University and one of the world’s leading scientific authorities on the co-occurrence of mental illness and intellectual disability, passed away October 28, 2016, from infections associated with the autoimmune disease Primary Sclerosing Cholangitis (PSC). He was originally diagnosed with PSC in 1995, which led to a liver transplant in 2002.

Dr. Reiss was a prolific author and widely sought-after speaker. He introduced the term "diagnostic overshadowing" to refer to the tendency to overlook the mental health needs of people with developmental disabilities. He is particularly known for his work in developing two assessment instruments, the Anxiety Sensitivity Index (ASI), which is used to assess anxiety disorders, and the Reiss Screen for Maladaptive Behavior, which is used to screen for mental health problems in adolescents and adults with intellectual disability.

He earned a bachelor’s degree from Dartmouth College (1964) and a PhD in clinical psychology from Yale University (1972). He served as a tenured professor at the University of Illinois at Chicago (1972-1991) and at The Ohio State University (1991-2008), where for 16 years he directed the Nisonger Center. In his later years, he studied the access of people with disabilities to life saving organ transplantation operations.

Dr. Reiss was a member of the author group of AAIDD’s ninth edition of its terminology and classification manual, Mental Retardation: Definition, Classification, and Systems of Support (1992). He was the recipient of a number of prestigious awards, including the AAIDD Leadership Award (1987), The Arc of the US Distinguished Research Award (1991), the NADD Frank J. Menolascino Award (1996), and the AAIDD Research Award (2003).

He is survived by his wife Maggi (Musico) Reiss, President of IDS Publishing Corporation, their two adult children, their wives, and two grandchildren.

A celebration of Steven’s life is being planned for Saturday, April 29, 2017 in Columbus, Ohio.