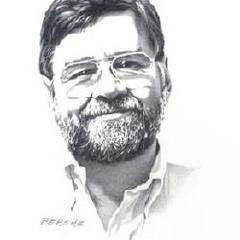 Robert “Bob” Perske, champion of the rights of people with intellectual and developmental disabilities, passed away following an illness in Darien, Connecticut on August 14, 2016. He was 89.

Early in his career, Bob served as a chaplain at Kansas Neurological Institute. He went onto serve as Executive Director of the Greater Omaha Arc and the Eastern Nebraska Office of Retardation, before becoming an advocate for people with intellectual disability in prison, supporting individuals and their attorneys in their fight for justice.

Among his many accomplishments, Bob authored 16 books and numerous articles concerning the rights and quality of life of people with intellectual and developmental disabilities and their families.  Many of these works were edited and illustrated by his wife, Martha.

Early in his career, he reflected on the notion of risk-taking as a dimension of human dignity. He suggested (Mental Retardation, Vol 10, No. 1, 1972) that the “clever ways of building the avoidance of risk into the lives” of people with intellectual disability had a deleterious effect on their personal growth, and that there is a “dehumanizing indignity in safety.”

Following 1991 book, Unequal Justice?  What Can Happen When Persons with Retardation or Other Developmental Disabilities Encounter the Criminal Justice System, he encountered Richard Lapointe, a man with Dandy Walker Syndrome, who falsely confessed to a crime and received a life sentence.  Bob contributed to the decades-long efforts to prove Mr. Lapointe’s innocence, and in 2015, after serving 26 years for a crime he did not commit, Mr. Lapointe was released from prison.  A 2004 NPR profile on his efforts on this case can be found here. Bob’s ongoing project to document other false confessions resulted in “Perske’s List”, the most recent article can be found here: Perske’s List: False Confessions From 75 Persons With Intellectual Disability.

Bob and Martha Perkse were jointly awarded the AAIDD Humanitarian award in 1993, and in 2002, Bob was awarded the American Bar Association's Paul Hearne Award for Services to Persons with Disabilities.  In 2004, a special session was held at the AAIDD annual meeting in Philadelphia to honor him: The Pastoral Voice of Robert Perske: Spiritual Life in Institution and Community, which explored how themes in pastoral ministry and spiritual supports with people with intellectual disability had changed from the 1960s.

Mr. Perske is survived by his wife, Martha and their five children.